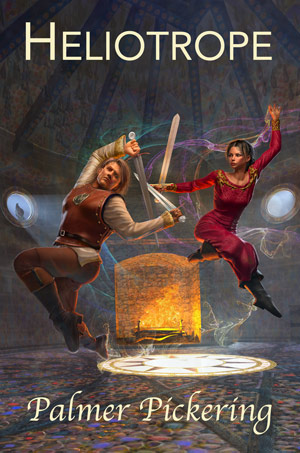 Teleo is a retired soldier descended from Mages, who were cast out of power generations ago. After years of war and sorrow, he wants nothing more than to live a quiet life on his farm and work his stonemason’s craft.

His wife and daughter had been murdered during a war raid several years earlier, and his young son stolen by the enemy side. He spent years unsuccessfully searching for his son, and returned home broken-hearted. At the local castle, he comes upon a war orphan stolen by his side from the enemy, and rescues him from abuse, adopting him as his foster son.

Teleo is working on a stone mosaic for the Queen at the castle, when he finds himself in the middle of a coup. This launches a journey to protect his new family, uncover the secrets of the ancient ways, and reclaim the magic of the Mages.

Scroll Back to Top